Not ‘men in black’ but ‘photovoltaics in black’

EcotecWorld received the order to build a photovoltaic system with energy storage system at Uelser Eck. Something very special and unforgettable, because this is the first project with this storage system.

The project made great strides so that two roofs were already in place in the second week of April. Then the roof was made rainproof and covered with black roof tiles.

Because the house has a certain systematic and symmetry, it was important to the client that the modules fit to the newly built building and not attract attention. For this reason, the panels of the photovoltaic system are aesthetically pleasing, the modules are fully black, matching perfectly to the house.

The modules are also connected to an energy storage system: Three inverters and two storage systems hang in the pointed floor, which store the direct current generated by the solar energy and convert it into usable alternating current. As soon as the sun does not shine and the system can no longer produce solar power, the stored electricity is drawn from the batteries. This is very cost-effective, because during this time you do not need electricity from the main grid, but can use your own, environmentally friendly stored solar power. This battery storage system has a capacity of 13.2 kWh, which means that it is able to provide 660 watts for 20 hours to optimise its own consumption.

The installed modules all have their own optimizer. This has three advantages;

The first advantage is that the plates cannot influence each other, because the group is only as strong as the “weakest link” in the row. So if one of the modules in the strand is in the shade, all other modules could only capture as much solar energy as this module, no matter how much sun the others capture.

Another advantage is that each module can be monitored individually. So it would be immediately noticeable if a panel is broken and you don’t have to search for the broken element for long as it would be in a strand without an optimizer.

And the third advantage is that the modules can all be on a different roof pitch. In a line without an optimizer, all elements would have to have the same roof pitch and each element would have to point in the same direction.

This system complies with the KfW 40+ standard in accordance with certain regulations.

If you have any questions regarding the system, please contact us. 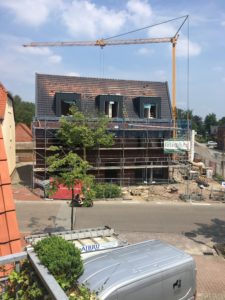 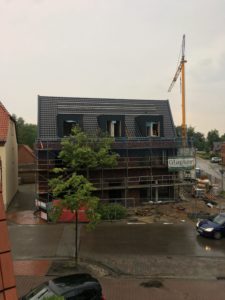 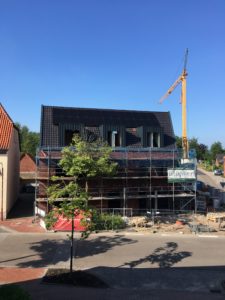